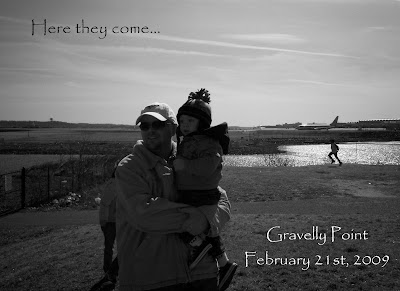 Zenock has been absolutely obsessed with Airplanes lately. Everytime we go outside he is pointing up looking for Airplanes and saying, "Airplane!" That is all we hear when we ride in the car.... "Airplane, Airplane, Airplane." I bought him a little toy Airplane and he flies it around the house all day saying, "Swoosh, shooo, shooo..." It is so cute to watch his fascination with them. We had heard of this GREAT park right next to the Reagan National Airport, called Gravelly Point. The Airplanes fly right over the top of you to land and you can watch them take off on the other side. After Zenock's obsession we decided it was a "must do" on our Saturday list. 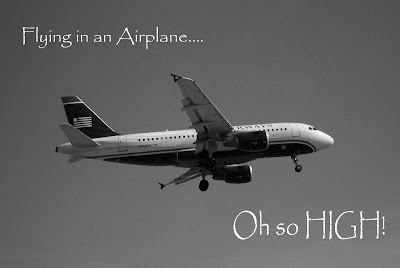 Before we even got out of the car Zenock spotted an Airplane and was literally jumping out of his chair. He was so excited. When the Airplanes came in they were extremely loud and I was a little worried that he might get scared, but he absolutely loved it. 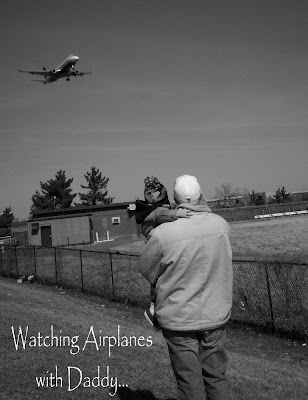 It was amazing to watch... especially because they were so close. You were directly under them. 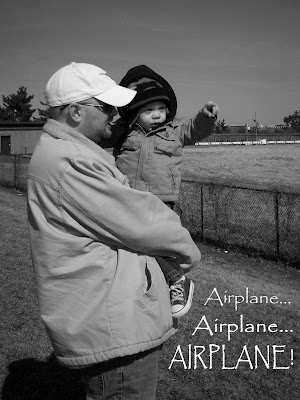 Reagan is one of the busiest airports in the country (I think even the world.) The Airplanes were coming in almost every two minutes which gave us lots of entertainment. Zenock had the best expressions every time. We called our parents to make sure they could get in on the fun and listen to his excitement. 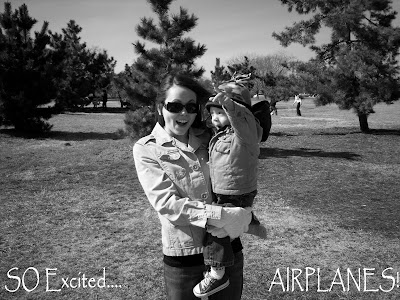 We seriously could have stayed there all day, but it was FREEZING cold and as the Airplanes would fly over top, it would make it even colder. We are going to have to make this a weekly event as soon as it warms up a little. It was so much fun. I also think we just might be raising a little future pilot. :) *** I thought I would throw in a couple of pictures in color, so you can see just how close the Airplanes really are. I don't think the pictures even do it justice. 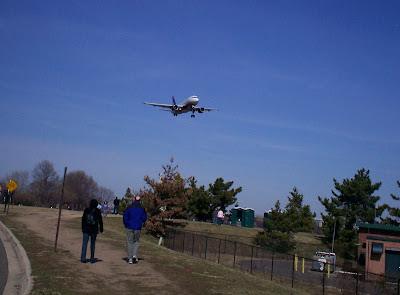 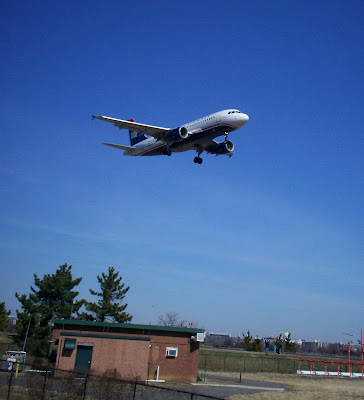 Zenock will be in heaven when you guys move here. Mason loves airplanes too and they fly over our house pretty often with the airport and the Arsenal so close- they fly way low and are really loud! He loves your pics and keeps pointing at them! =)

I can just see him trying to jump out of his carseat. It is so fun to see your kids get so happy about simple things. BTW we are excited for you guys to get to move to Huntsville so soon.

How awesome! That is so cute...I love it when kids get so excited to see things that the rest of us might find annoying. ;) It seems to make the world a more happy place.

Oh how my boys would LOVE this! Another one of your adventures I am jealous of :)

What a cute little man! I love that he loves airplanes so much:) How exciting about the move, congrats! I am not excatly sure how close Dusty's apartment is to Santa Clara. I will ask and let you know. We totally want to retire there some day too. Maybe we can be neighbors!:)